A couple of weeks ago Shelby Hintze, a television producer and the daughter of my cousin, asked me to review the script of a segment she was planning for a local Sunday talk show discussing the ADA’s 29th anniversary.

See if you can spot the part that I helped write, Grin.

(The prepared video transcript. I am working on a transcript for the live portion.)

“According to the 2010 Census—nearly 20 percent of the U.S. population has some sort of disability. That’s one in five people in this country. As the Baby Boomer generation ages—that number is expected to grow a lot.

Despite the sheer numbers, the unemployment rate for disabled Americans is nearly twice the rate of their able-bodied peers. But historically, that’s an improvement. 29 years ago—our country took a big step in the civil rights of disabled Americans when President George H. W. Bush signed the Americans with Disabilities Act—also known as the ADA.

Activists argued that people with disabilities were not as disabled by their bodies as they were by their environment. They had a right to access all the services of their able-bodied peers. King Jordan, the first deaf president of Gallaudet University, said, “We’re not asking for any favors. … We’re simply asking the same rights and equality any other American has.” In what is described as the biggest catalyst to the bill’s signing 60 activists left their wheelchairs and dragged themselves up the 83 steps to the U-S Capitol, in what’s called The Capitol Crawl. The bill was signed four months later. Since 2000, 181 countries have signed disability civil rights laws inspired by the ADA.

When we think of the ADA, we often think of improving access for wheelchair users. But it’s more than that. It offers protections for the deaf community, people who are blind, people with chronic illnesses.

One of the biggest misconceptions about the ADA is how it is enforced. The law is mostly complaint based. For example, while new buildings are required to have things like ramps, accessible restrooms, and Braille on signs—there is no one who checks these regulations and must be solved through mediation or court.

For example–Under Title III of the ADA, Deaf people are promised “effective communication” but that really isn’t defined by the law. So if a Deaf person goes to a doctor for example, the doctor gets to decide what “effective communication” means. In this case, it could mean the doctor decides writing notes back and forth is enough–instead of using a certified sign language interpreter, which the Deaf patient may want. The Deaf person cannot do anything legally unless they can prove the communication was ineffective. That can be very hard to prove. If they do win the case, the Deaf person is then only entitled to another appointment with that same doctor, this time with an interpreter. Title III does not allow someone monetary damages beyond legal fees.

Just recently—a Utah family made national headlines after they were denied service at an Ogden restaurant because one of the children used a service animal. That was illegal. But outside of court, there is no way to actually make people follow the law.

The ADA did a lot to change the world for disabled people. But for many activists, it is just the beginning.“

These blogs (I have two) began as a series of sayings I use to teach interpreting workshops, and political diatribes on Facebook. They moved from Facebook to this blog site: 1. as a way to remove them from my head (cuts down on the noise in there); and, 2. to give a better home to both my "less serious and satire laden posts" and my "more serious and satire laden posts." I guess it's up to you to decide which is which. View all posts by uncledalesrules

Lucky Duck Label has an "order on demand service." So if you don't see the Rule you want the Swag Goddesses at Lucky Duck Labels can make it for you! 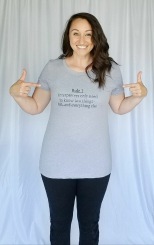 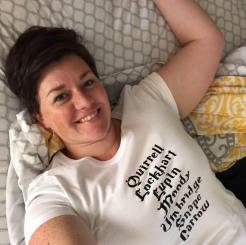 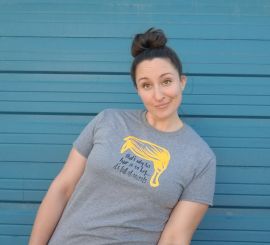 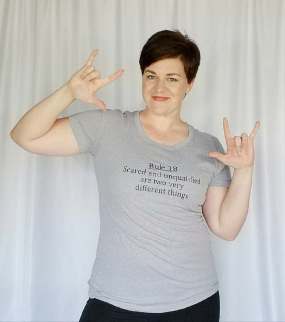 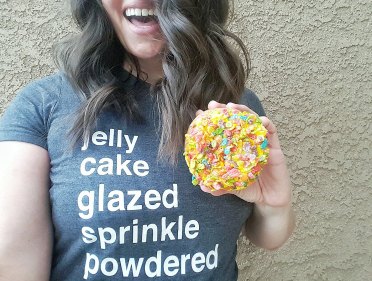 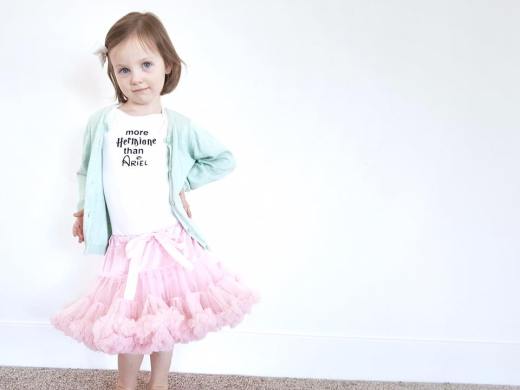 All Text and Images contained herein or proceeding from Uncle Dale's Rules for Interpreters blog or website including but not limited to the Rules (and whatever number thereof), Notes and other commentary is the sole property of Dale H Boam, Uncle Dale's Rules and Uncle Dale's Rules for Interpreters. Any unauthorized use for commercial purposes, including but not limited to broadcast, or publication for any monetary gain or other value without the written consent of Dale H Boam is strictly prohibited. Any Rule, or a reasonable number thereof may be used for educational purposes within the interpreted meaning of the Fair Use doctrine. Any use falling outside Fair Use will be subject to civil and criminal penalties. Requests for specific use must be sent to dboam@comcast.net
%d bloggers like this: